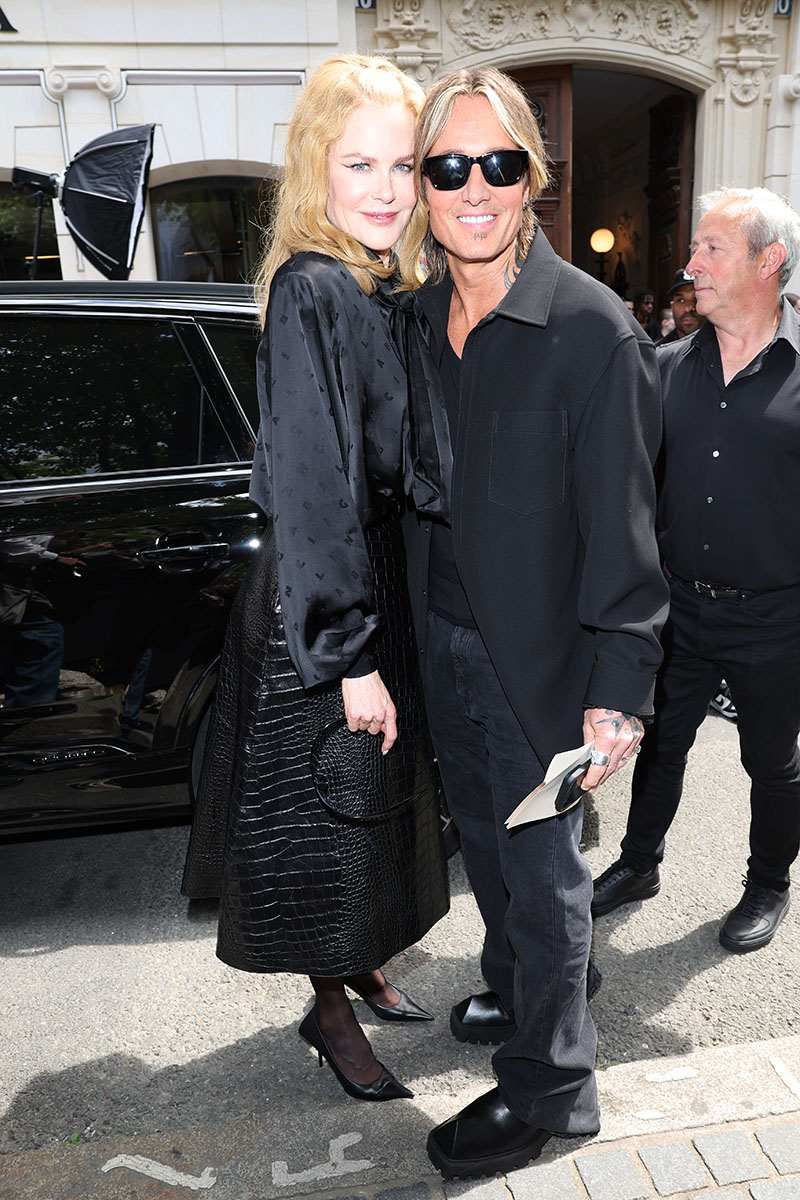 In futuristic fashions and oversized silhouettes, Nicole Kidman made her way to the Balenciaga’s Haute Couture show in Paris Wednesday morning. The show was held at founder Cristobal Balenciaga’s salon, a crowd gathering to watch creative director Demna’s collection. Kidman was one of many celebrities to attend the show, as well as walk in it. Due Lipa and Kim Kardashian, two favorites of the brand, also got to show off their runway walks, both clad in gowns like Kidman.

The Oscar winner’s look for the show was a lengthy, over the shoulder, high neck metallic silver gown. The dress came to a gather at the actress’ side, cascading down her body while a train began at her lower back, trailing behind her in a bunch on the carpeted flooring.

The futuristic glam gown was paired with arm-length gloves that stopped just below the shoulders, and sheer black tights. Kidman graced the runway with careful steps, rounding the salon in a pair of mirrored black pumps. The toes on the heels are extremely exaggerated in true Balenciaga fashion, pointed and elongated to create drama. The elongated toes have been seen in many collections past and in fan-favorite pieces like their pants boots.

The styling is reminiscent of past collections Demna has worked on, featuring futurism and exaggeration of certain parts of the body.

Click through the gallery to see some of Nicole Kidman’s best red carpet looks over the years. 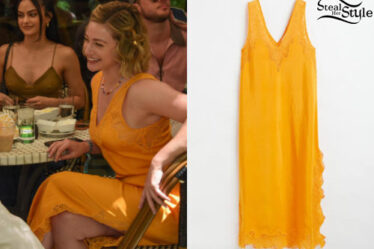 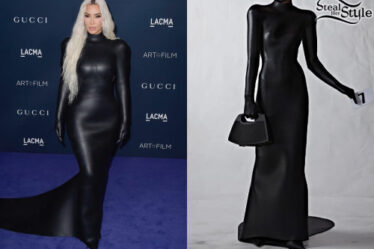 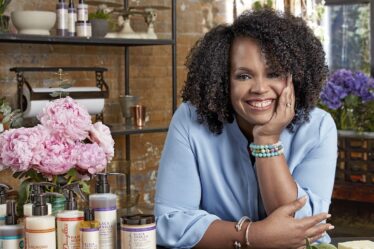