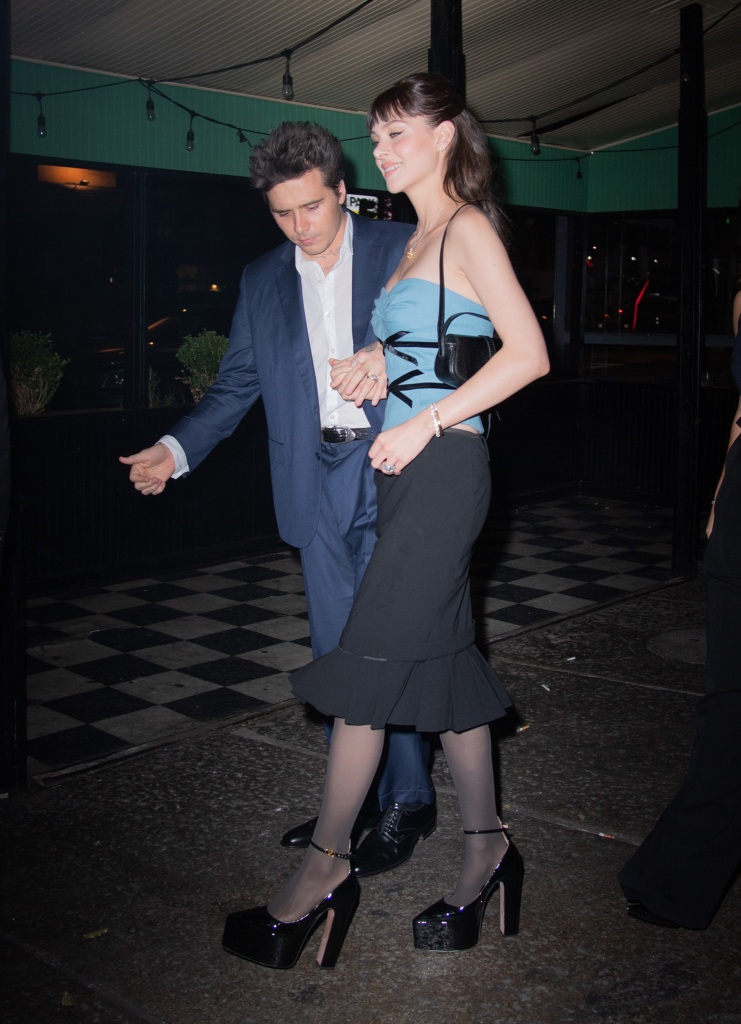 For their night out, Brooklyn wore a light navy blue suit, a white button-up shirt, a black belt, and black lace-up shoes. His wedding band could be seen on his left hand. Nicola color coordinated with her husband, also wearing black and blue. She wore a light blue Louis Vuitton bustier top with two black ribbon trim, one below the bust line and one at the waist of the garment.

She paired this with a black peplum trim skirt, stockings, and black sky-high platform heels. She also carried a small black purse for her evening bag. For jewelry, Nicola had on her signature diamond engagement ring. On her left hand, she also wore two bracelets, including a tennis bracelet. She also wore a necklace with a small pendant and a double set of small hoop earrings.

In addition to appearing at the Tom Ford show recently, the couple also made their runway debut walking the VOGUE World: New York show during New York Fashion Week, where they walked arm-in-arm.

The couple is known for their coordinating style. Prior to their wedding, the two wore matching custom Dior suits designed by the brand’s menswear director Kim Jones. This year, they also wore coordinating pink outfits to a celebration of Wendy’s Strawberry Frosty. In August, the two attended Variety’s Power of Young Hollywood Party, where they both opted for cutout tops and dark shoes.

Brooklyn has tried his hand at many endeavors over the past several years. In addition to his pursuit of photography, last year he also tried his hand at an online video series “Cookin’ With Brooklyn.” Nicola is preparing to make her directorial debut with the independent film “Lola James” starring herself and Virginia Madsen. 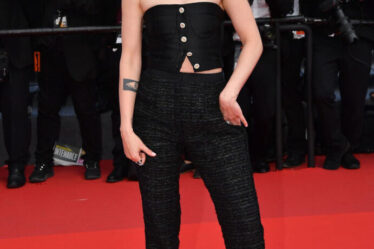 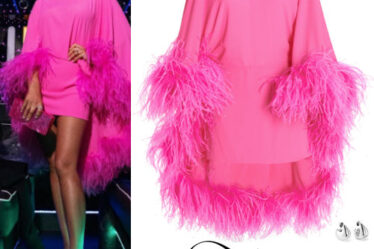 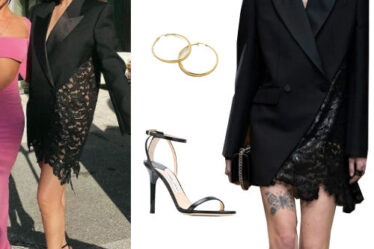