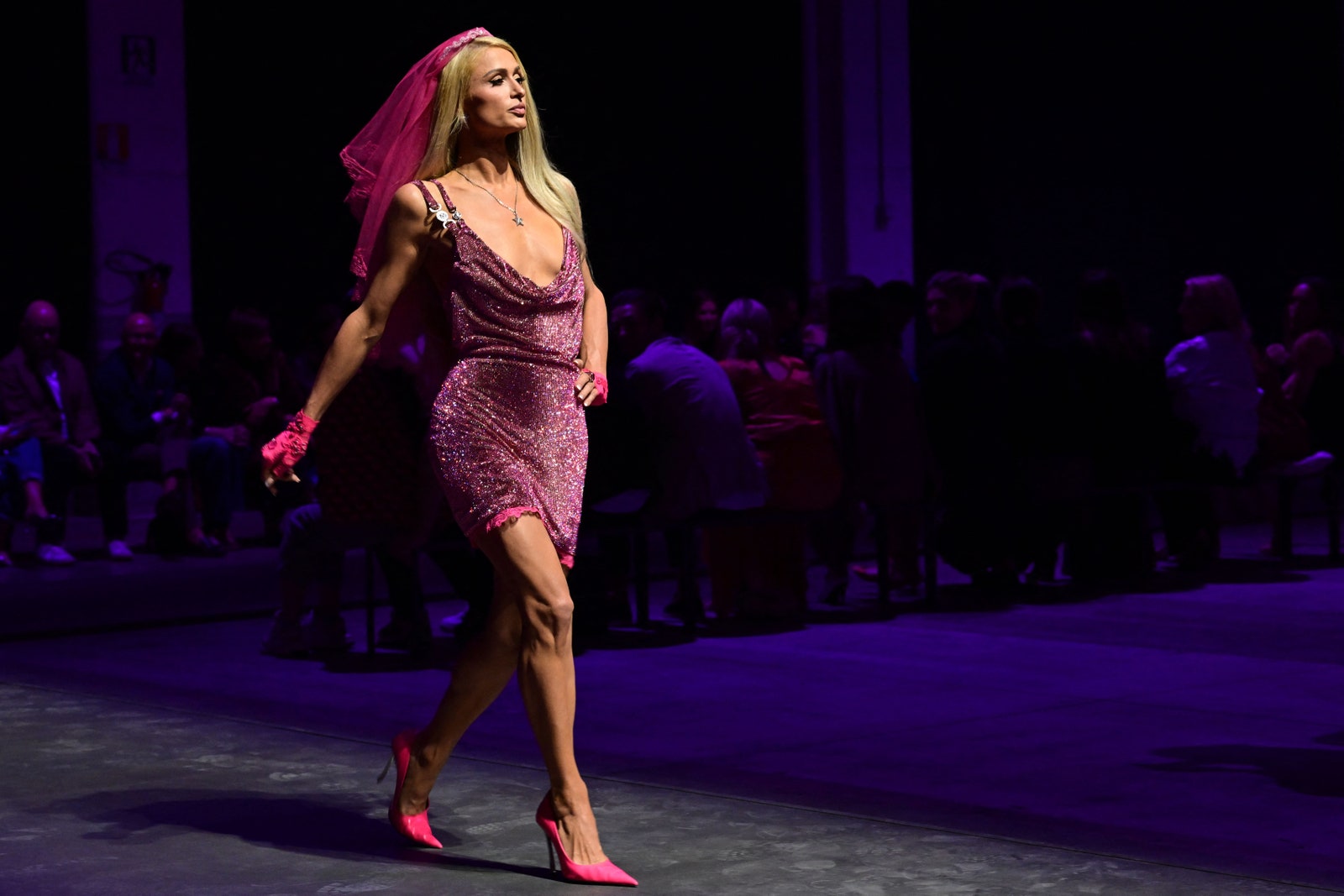 She made the color pink—and sparkly minidresses—a way of life in the early Noughties, and now Paris Hilton has brought her signature aesthetic to Donatella’s Versace runway in Milan.

The original reality TV queen joined supermodels including Bella and Gigi Hadid, Irina Shayk, and Emily Ratajkowski on the catwalk while wearing a tiny pink dress with a fingerless gloves and a pair of Day-Glo pink stilettos that would have fit right into her The Simple Life wardrobe.

The other standout accessory? A veil—a theme of the collection, and part of a season that has already seen fantasy bridalwear making waves in London. It was a particularly appropriate choice for newlywed Paris, who married venture capitalist Carter Reum at the end of last year.

The hotel heiress was instantly recognizable thanks to her platinum blonde mane, not to mention her visible delight at being back in the spotlight. While Gigi and Emily assumed the models’ traditional blank stare, Paris couldn’t resist hamming it up for the editors looking on, alternating between a pout and a beaming grin. Joining fashion’s favorite faces at one of the most high-profile shows in Milan? That’s hot. 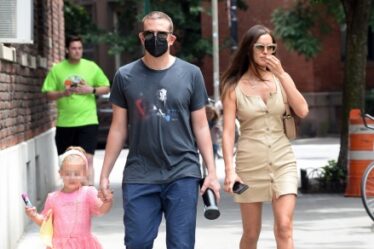 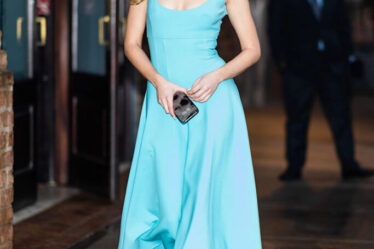