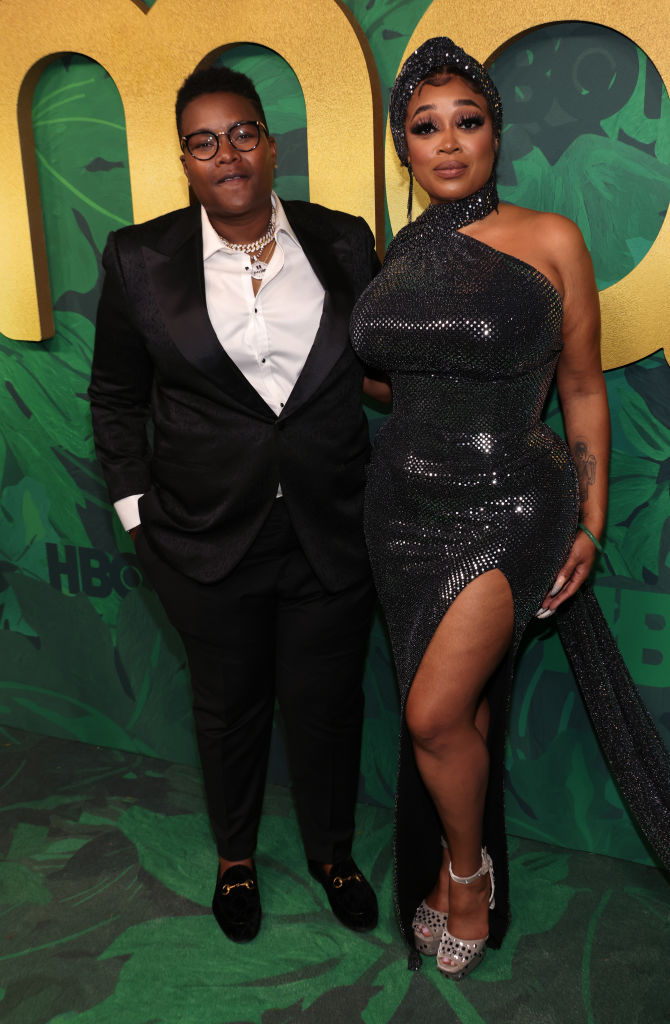 Sam Jay had a standout moment last night during the Emmy Awards 2022. The stand-up comedian helped keep the awards show moving as the event’s announcer, delivering jokes between breaks and interacting with host Kenan Thompson.

After the award show, Jay had a well-deserved celebration with her wife, Yanise Monét, to whom she’s been married for more than 16 years. They went straight to HBO’s afterparty at San Vicente Bungalows, in Los Angeles.

Jay wore a classic black tuxedo with a printed jacket, pairing it with a white button-up shirt and Gucci velvet loafers. She accessorized with a pearl necklace and a pendant announcing the second season of her HBO show, “Pause with Sam Jay.”

Monét served glamour in a sparkling one-shoulder dress with an attached scarf that dropped down, creating a cape illusion. She also added a matching turban and silver sky-high platforms to complete the look.

The 2022 Emmy Awards celebrated the top performances and programs in television. This year’s ceremony, held at the Microsoft Theater in Los Angeles, was hosted by Kenan Thompson. 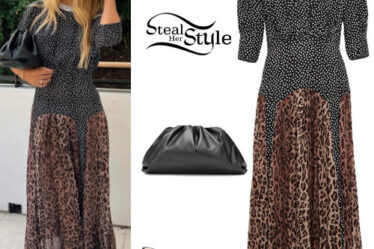 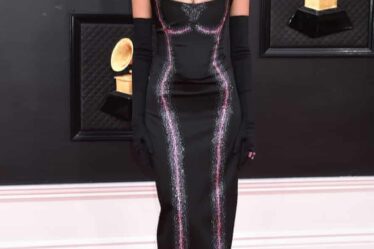 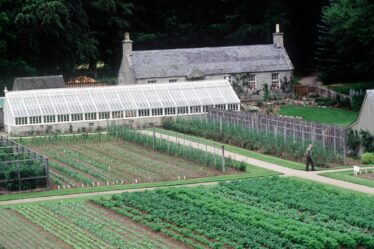