Ship shape: a classic art deco villa in Belgium with a touch of oceanic chic | Interiors 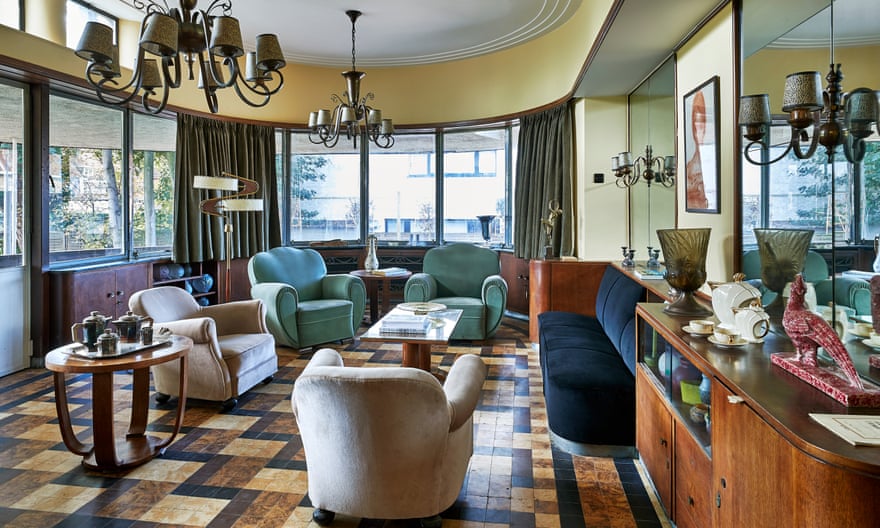 Yves Plançon, a French property developer who calls himself a “collector of houses”, was searching for a house in Brussels when he came across Villa Gaverzicht for sale in the province of Waregem, east of the Belgian capital. “When I discovered this place, I didn’t hesitate for a second,” he says.

The house, built by a little-known Belgian architect called Gentiel Van Eeckhoutte in 1939, had been empty for three years after his widow died in her 90s. “I can understand why she lived here so long. It is a very comfortable place to grow old in,” Plançon says. Indeed, with all those semicircular shapes, railings and round windows which mimic a ship’s portholes, it looks like a luxury liner.

“For a year, I read a lot about the architecture from that interwar period,” says Plançon, “And only then did I start the restoration.”

He was also lucky. Villa Gaverzicht was virtually intact. “The house has been listed since 2009. The Cubex kitchen, the luxurious bathroom with marbrite tiles, the monumental staircase and the stained-glass windows: almost everything looks like it did in 1939 when it was completed,” he says.

“Strangely enough, the interior had been preserved thanks to the bad taste of the widow’s new partner. He put terrible flooring over the original floor, which saved the beautiful tiles. Ugly wallpaper covered the original paint on the walls. The aluminium and plastic doors were replaced by copies of the original doors. Little had disappeared. And what was missing, was reconstructed, based on the original plans.”

Plançon discovered an enormous number of the original drawings and blueprints for Villa Gaverzicht in the basement of the house. The archive also contained plans of Van Eeckhoutte’s other projects in Flanders, on the Belgian seaside and on the French coast. “I even discovered plans for burial monuments, barns and agricultural machines that nobody knew about. Studying the plans, I understood that Villa Gaverzicht was his masterpiece. It was the house where he showed his skills in the most advanced way. This villa even had central heating and a luxurious bathroom, quite rare for that time.”

Entering the house, you feel like you are walking on to a film set, perfect for a Great Gatsby remake in Belgium. In the glamorous entrance hall, a green glass ball lamp illuminates the original staircase ramp, which leads towards the bedrooms and a billiard room. Therailings and rounded door openings are a reference to boat design. Almost every detail in the house you see is original, even the period furniture, which was carefully selected by Plançon, together with decorator Rémy Motte. “I have a huge collection of art deco glass. From my 20s, I regularly bought art objects at auction. Every time I see something better that would fit nicely here, I replace it. Friends or neighbours also give me art deco furniture. They know that I want to recreate the atmosphere as faithfully as possible.”

Van Eeckhoutte’s fascination with architect Le Corbusier is clear at Villa Gaverzicht. Ochre, blue, orange and green – typical Le Corbusier colours – are a subtle reference used throughout the house. Horizontal windows dominate the rear facades, and the flat roof originally had a small swimming pool – typical for Corbusier who often added recreational features to his houses’ roofs. Even the reinforced-concrete construction, which makes an open plan possible, goes back to the principles of the Swiss-French architect. Plançon designed the geometric garden paths as a reference to those of Le Corbusier’s Villa Savoye in Poissy.

In the office there are beautiful bespoke cabinets, where Van Eeckhoutte perfectly integrated both his rubbish bin, cloakroom and storage system for his plans. But the ultimate showstopper is the stained-glass window. “What exactly it represents is still a mystery to me,” says Plançon. “But I also see triangles, compasses and a cathedral: elements that could indicate he was a Freemason.”

The hardest part of the restoration was finding the original materials. “Bakelite switches can still be found, both in black and red. But it’s very hard to find marbrite glass tiles, a Belgian innovation from the glass factories of Verreries de Fauquez,” Plançon says. “In the kitchen, a few pale yellow tiles are broken. In the bathroom upstairs, the green marbrite is almost intact.”

For fans of obscure pop, that bathroom might ring a bell: Arbeid Adelt, a Belgian band from the 1980s, shot the cover of their album Jonge Helden here in 1983. “It is no coincidence that the lead singer put on his Le Corbusier glasses for the picture, is it?” says Plançon. 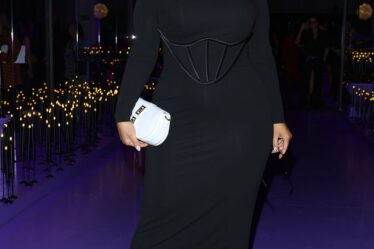 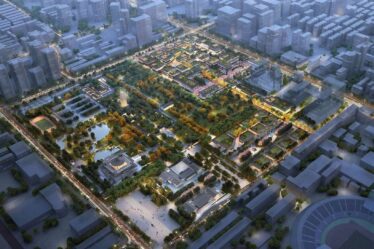 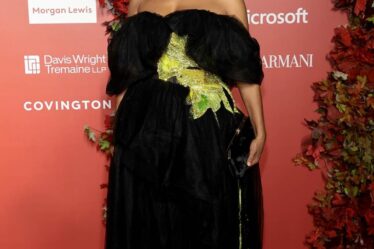