The Story Behind Queen Elizabeth’s Lifelong Devotion To Launer Handbags

In 1991, Her Majesty visited the Launer factory to watch her favorite styles being made. Each bag is handmade and takes around eight hours to complete, equating to a considerable price tag (the Traviata is upwards of $2,500).

Clearly captivated by the artisanal process, she was apparently “really interested” and spoke to every member of staff separately. “The Queen had a charisma, a very good sense of humor,” Bodmer remarks. As for the rumors that she gave signals with her bags, from swapping arms to placing it on the floor or a table? “You don’t need to when you’re like that,” he affirms.

He’s quick to dispel hearsay that Her Majesty had more than 200 Launer bags, too. “She had five or 10, maybe 11,” he muses. The Queen reused beloved styles that were several decades old, only adding to her collection—never replacing them—every few years. “They never throw them out, they never get rid of them.” When Her Majesty made her memorable appearance at London Fashion Week in 2018 to present Richard Quinn with the inaugural Queen Elizabeth II Award For Design, her bag dated back to at least the ’80s and possibly earlier.

Launer bags are available in a range of colorways and finishes, but Her Majesty preferred the black patent styles. For the Prince and Princess of Wales’s wedding in 2011, however, she commissioned a bespoke beige bag to wear with her lemon-yellow outfit, prompting Launer’s website to crash and sales to skyrocket. 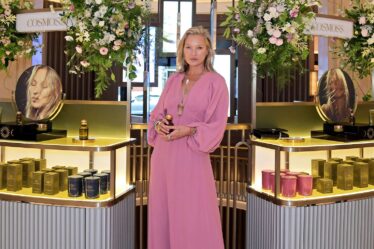