Women Are the Engine of American Fashion 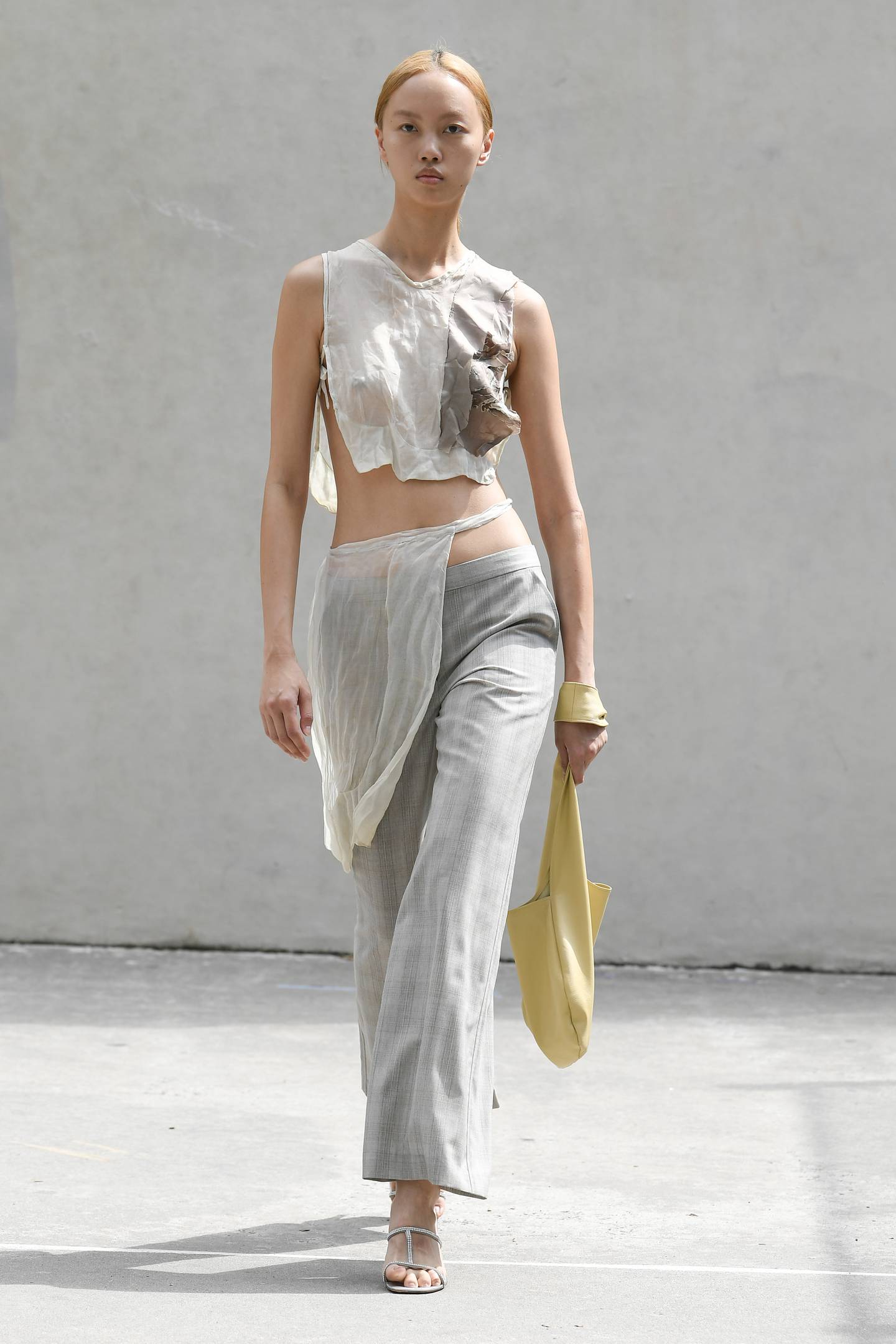 When you look at the independent labels with staying power here in the US, ones with stable, healthy businesses, many of them are run by women. Nili Lotan has been around for almost 20 years, and generates more than $100 million a year in sales — without any outside capital. Rachel Comey, Maria Cornejo, Ulla Johnson: they’ve all been building their labels for two decades, too. ALC, the line designed by Los Angeles-based Andrea Lieberman, is doing so well it went to market this past summer, according to sources; so did Veronica Beard, another women-led label that is said to generate upward of $300 million a year.

Perhaps it’s because women are rarely chosen for creative director roles at major brands, so they’ve been forced to forge their own paths. But it’s also that female designers — many of whom showed collections over the last few days of New York Fashion Week — often put their customer, not a fantasy, at the centre of their brand’s narrative. They are good at selling actual clothes (while European houses do better with accessories).

Their success sometimes solicits jealousy, like with Khaite, designer Catherine Holstein’s merchandised-to-a-T collection that does gangbusters at retail. (Retail buyers often walk into other designers’ showrooms and mention how well it’s doing.) Holstein certainly has a good sense of where the market is moving — this season, she’s bullish on the long-awaited return of the stirrup pant — and designs her always-slick, not-always-inventive runway so that it can move right onto the sales floor.

“I’m presenting a woman, not a collection,” she said backstage. In that way, her approach may be inspired by Hedi Slimane’s, although her perennial denim collection could be a major business all on its own. (Must be that Gap Inc. experience.) This season, the bags — something independent labels really struggle to get right — look upgraded, in particular a slouchy hobo style that was twisted to be worn as a clutch.

Not every one of these women chose to show this New York Fashion Week, because they tend to make things that are better consumed at retail. (The Row, probably the biggest and most successful of these female-led brands, has decamped to Paris.) Ulla Johnson, who laid flower beds on her runway at the Brooklyn Museum, seems to think it’s still a good idea, given the number of clients who tend to show up. The continuity in her collections is admirable, but she needs to bring a bit of new information to a show in order to make it a memorable experience — otherwise it’s better to throw a party.

Elena Velez, still new on the scene, is using fashion to work out thoughts about the weaponisation of the female body. (She gave birth to her second child one month ago, just weeks after Roe v. Wade was overturned.) Her work is visceral and immediate — for instance, she attached little hooks onto parts of certain models’ bodies as if they could be yanked off the runway. It’s nice to see the ambition.

Marrisa Wilson, another young designer, offers a good amount of kick in her designs: lots of pants and skirt sets, covered in painterly prints and rendered in lightweight fabrics. While some of the dressier pieces — like a candy-striped skirt — were too fussy, the sporty, easy knit shorts and polos showed where the brand could sit in the market. (Wilson, who came bounding out onto the runway, is a great advertisement.)

Down on the Lower East Side at a handball court, Maryam Nassir Zadeh showed one of her best runway collections to date, derived from textiles she collected some 20 years ago. She’s not sure if she’s going to sell those pieces — they mean too much to her personally — but the intention, the way they hung on the body, conveyed what the collection will look like at retail. Nassir Zadeh does an artful job of documenting her life on Instagram, and you can almost see each collection come together through her mirror selfies.

With a bigger-than-you-think business, she also has a knack for nailing the shoe shape of the season — and generally knows how to make an irresistible version of the item everybody wants.

The middle of the week was accented by two major brands that have helped to define American fashion for decades. When he was coming up in the 1980s and 1990s, Tommy Hilfiger was often criticised for being all advertising, no substance. Today, his approach — lead with the marketing, make good product to back it up — is the norm, and consumer expectations are higher. On Sunday night, the rain poured down over Greenpoint, Brooklyn, as Hilfiger presented his take on Andy Warhol’s factory where he said he once visited, plopping super-sized, silver-foiled balloons right next to the runway. (Unlike many of his peers, he was never Warhol’s subject.)

And yet, it was hard to connect what was happening in Brooklyn with the actual Factory. Perhaps because of the rain, it was hard to get the full experience — they were screenprinting posters outside of the venue, etc, but everything was dripping wet. Even if the weather had been perfect, it would have felt less hasty if there was more of a connection between Warhol and the clothes. Sure, Julia Fox — who is currently milking her 15 minutes of fame — walked the runway, and this year’s most popular Kardashian husband, Travis Barker, played a shirtless drum set. But will anyone remember?

A few hours later in Manhattan, Luar designer (and Hood By Air co-founder) Raul Lopez staged what was reportedly an equally chaotic event — many people were turned away at the door. However, this one generated the sort of excitement something more fabricated could not achieve. (From the pictures, the clothes looked good — more dressed up, and nodding to classic American designers like Michael Kors and Donna Karan.) The crowd that made it in, from designers Martine Rose, Jerry Lorenzo and rapper Saucy Santana, only added to the cred.

Coach, which is older than Tommy Hilfiger by 40 years or so, only began staging runway shows about a decade ago, when creative director Stuart Vevers joined the brand. Vevers, who is obsessed with teenage Americana in all its iterations, has gotten better at his job. This season’s manufactured set was meant to evoke a Coney Island-esque boardwalk, where silently animated models wearing greige Coach gear set the scene before the collection hit the stage. What came down the runway — recycled leather jackets, patched together knits and jelly shoes and bags — was standard fare, but just-announced ambassador Lil Nas X walking the runway showed that it’s not only about having a famous face front your label. It’s about the right famous face.

With all these fashion brands trying to be media brands, it’s notable that the most successful of this week’s spectacles was pulled off by a magazine. “Vogue World,” a performance-meets-runway show-meets-carnival staged on a cobblestone block in the Meatpacking District, organised by the American arm of the Condé Nast publication, was pretty remarkable — and not only because it didn’t rain. With a truly star-studded audience (the artist formerly known as Kanye West was the only one to arrive late), a runway appearance by September cover star Serena Williams (in custom silver Balenciaga), models vogue-ing to Madonna’s “Vogue,” and a live number by Lil Nas X, it was pure theatre. The business model still isn’t so clear — it’s not like Vogue can stage these types of things every other week, but those who paid (from $150 to $3,000) for tickets appeared to have gotten their money’s worth. This media brand is becoming a fashion brand. 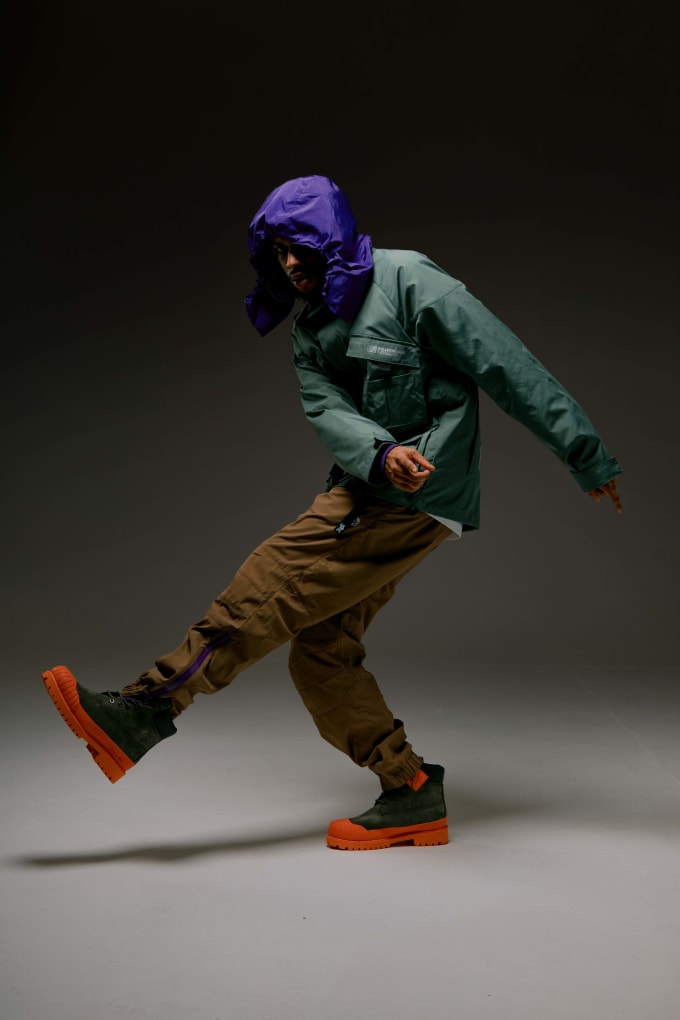 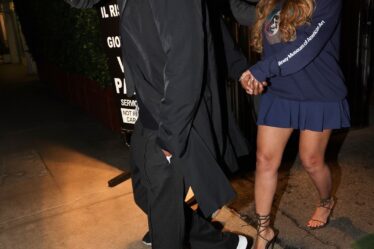 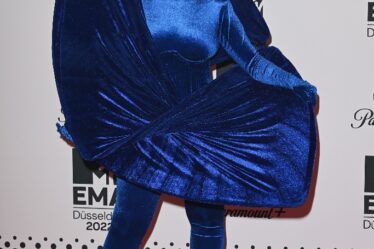