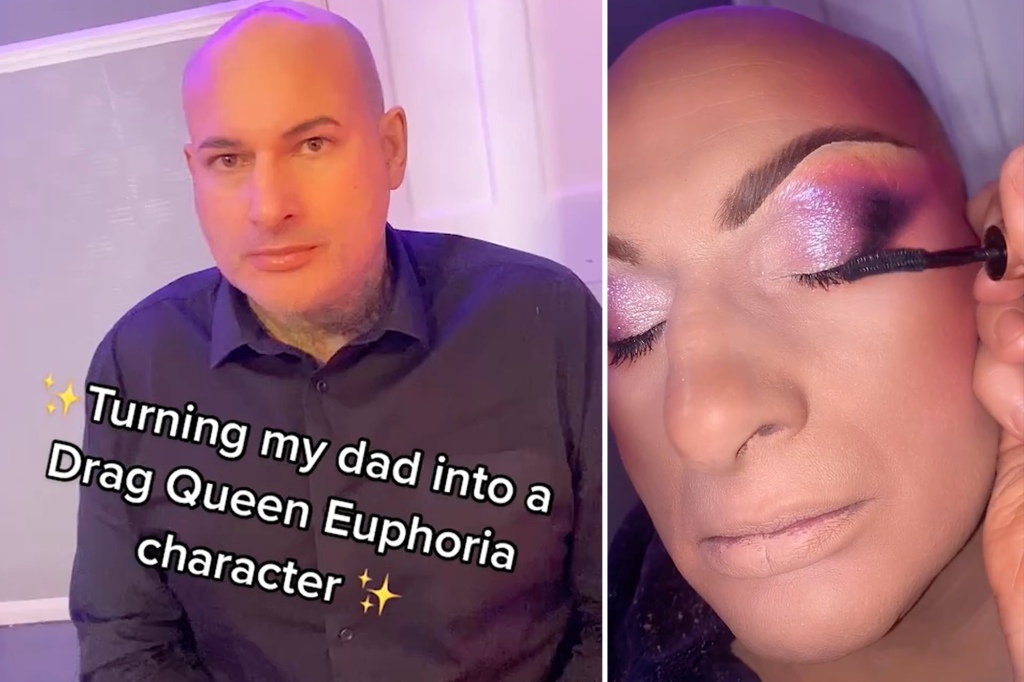 A popular influencer from the UK has gone viral with a TikTok video showing him giving his father a full drag queen makeover.

“He was so shocked at his transformation at first, but I knew he secretly liked it,” Alex told Ark Media.

In the video, Joe sits in a chair stone-faced as his son completely alters his appearance.

He starts by blocking out his eyebrows and stubble, before applying glamorous makeup with added gems and sparkles.

The look took Alex, who has been a makeup artist for seven years, an hour and 15 minutes to complete, showcased in the 45-second TikTok video, which has 3.4 million views and 732,000 comments.

“I was proud of how it turned out — it’s easier to do good makeup on someone who already has pretty features but when it’s an older man’s face, it’s much more hard to soften and make everything feminine!” Alex shared.

Fans were shocked by the transformation, but this wasn’t the first time Alex has turned Joe into an unrecognizable queen.

“I put my dad in drag for the first time in 2020 and that video went viral, reaching over 3 million views, so I put him into drag again inspired by ‘Euphoria,’ as I’m obsessed with that show,” Alex said.

“He’s very supportive of my career and doing his makeup was such a good laugh. Everyone was so supportive, and they enjoyed the comedy of it all.”

“Drag is such a transformative process where it changes everything about your original face and can create a whole new person, so when someone who has spent their life looking a certain way [gets a makeover], it’s a fun shock to see something fun and new,” Alex said.

Joe isn’t the only family member whom Alex has shocked with his makeup skills. Alex also shared a TikTok video transforming his 74-year-old grandpa “from Charlie to Charlotte.”

“I want to show others that drag can be a part of every culture, and everyone can learn to have fun and explore the joy drag can bring!” 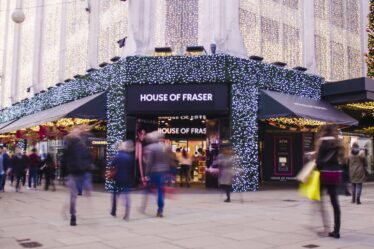