Happy Friday!! With summer starting to wind down, I’ve been trying to soak up the final few weeks. Luckily, I’m not the only one stuck in the summer mindset, as this week brought about plenty of sunny, carefree summer songs to enjoy while forgetting about the “real world.” From Rex Orange County, to Tyga, to Ali Gatie’s debut full-length album, this week was filled with good vibes and even better music.

Genre-bending alternative/indie-pop star Rex Orange County is back, this time with a slightly different sound. A departure from the sadder, more melancholy music that made him a star, “THREAT” is upbeat, poppy, and vibey with resounding reverbs and cranked-up autotune. He finds his stride on the pre-chorus, crooning: “Wakin’ up fast in the mornin‘ / Summertime / Meet me in the garden, somewhere I / I’mma be honest / I don’t wanna keep you in a boring life.” Though the general optimism of the song might feel different for Rex Orange County fans, “THREAT” still retains the foundational elements of of his signature synthy, guitar-heavy sound.

Joshua Bassett is carving a perfect niche for himself with his latest string of bittersweet, heartbreak-pop songs. “Smoke Slow” only solidifies this, with emotionally bare lyrics and a heartfelt melody that exudes the pain of unrequited love. “But all that we are is all that we’ll ever be / ‘Cause he’s the one waitin‘ at home / She holds my guitar as I pluck out a melody / There’s only so far we can go,” he sings on the chorus, backed by guitars and a piano. The High School Musical: The Musical: The Series star is no stranger to being vulnerable, but “Smoke Slow” feels like his most universally relatable and honest song yet.

GAYLE brings the eye-rolling confidence to her upcoming EP, a study of the human experience volume two, in her latest single, “indieedgycool.” With clear rock influences and Avril Lavigne-esque screams, “indieedgycool” acts as an extension to GAYLE’s hit song “abcdefu” as the perfect duo to scream in the car with friends. Despite already earning a VMA nomination for Best New Artist, “indieedgycool” is GAYLE’s best song to date, as she continues to nail down her indie, edgy, cool girl sound.

Tyga and Jhene Aiko served up a big dose of nostalgia with “Sunshine,” a summery track that pays homage to Lil Flip’s chart-topping song of the same name. Tyga and co-producers Mike Crook and DJ Swish also brought in vocals from the late Pop Smoke to the 2000’s-inspired track, which blend perfectly with Aiko’s hypnotizing, silky-smooth vocals on the hook. The sweet sound on “Sunshine” is a big departure from Tyga’s typical, fast moving club anthems, but the slower pace suits him.

Irish singer and producer EDEN gets experimental on his latest single, “Sci-Fi,” messing around with reverbing electronic dance beats to contrast with his own smooth vocals. “I just want to hear your voice in the morning / Cause I been up waiting for something that’s hopeless / I don’t really want to break your heart when it’s open / Like finding out love’s not a feeling / it’s a choice,” he sings on the chorus, expressing a shocking level of honesty and introspection for a dance track. EDEN has made a name for himself with these vulnerable yet vibey songs that subvert any one genre, and “Sci-Fi” certainly fits the bill.

Rock band Surf Curse are still in a summer state of mind of their latest single, “Lost Honor,” from their eagerly awaited debut album with Atlantic Records, MAGIC HOUR. All about overcoming hardships and leaning on your friends and family (or bandmates), the track starts strong: “I’m not afraid when I got you on my mind / They can say what they want but I don’t care about your crimes / They tore my walls, my pictures, my memories / They can’t touch the love in my heart and the things you’ve given me.” With airy guitar licks, punk-inspired drums, and vocals with a distinctly indie flair, “Lost Honor” keeps Surf Curse in their own creative, genre-bending no-man’s land.

“Spend It” is the treat yourself anthem of the year, the glitzy, sexy, confident track that we needed before summer’s end. “I know you got it, spend it on mе / You know you wanna / Gimme all that you got / Baby uh-huh / The world is ending / Spеnd it on me,” Persian pop princess Gia Woods sings on the brazen refrain, with help from hip-hop artist BAYLI. “Spend It” was made to blast with summer winding down, a perfectly packaged reminder to live in the moment and enjoy life.

“self sabotage” by Maggie Lindemann

On her latest single, pop-rock singer Maggie Lindemann addresses her own tendency to push good things away. “I start to fall, then I cave / And I push you away / You could call it self-sabotage / I love to dig my own grave / Somethin‘ wrong with my brain,” she sings on the chorus, expressing a new kind of vulnerability that could only come with releasing music on her own label. With booming drums, slick guitars, and a head-banging melody, “self sabotage” is the result of Lindemann’s long journey to find her sound.

One highlight of Ali Gatie’s debut full-length album, Who Hurt You?, is the groovy, seductive duet with Kehlani, “The Look.” With pulsing drums and a strong bass line to complement the intensity of the lyrics, “The Look” is a perfect upbeat dance song, a departure from Gatie’s usual emotional tracks. Gatie and Kehlani’s alternating verses jack up the chemistry within the song to unbearable levels, which finally breaks through in the chorus: “You gon‘ give me that look, look, look, look-look / You don’t have to tell me that it’s mine / When you give me that look, look, look, look-look / You said everything with just your eye.”

Rising indie-pop artist Ber channels the anger and pain of being ghosted on the airy, transcendent new single, “Superspreader.” With a soft and muted backing track, “Superspreader” allows Ber to show off her sugary-sweet voice and vocal range, along with her stripped back, honest lyrics. “You still ruin my life, even though we don’t talk anymore / And I know that sounds kinda harsh, but not as harsh as the sound / Of your voicemail inbox / But now I’m in a new place and I don’t know what I’d say / If you actually picked up,” she sings of the chorus, evoking the painfully relatable feeling of being ignored. 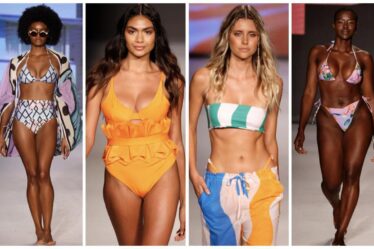 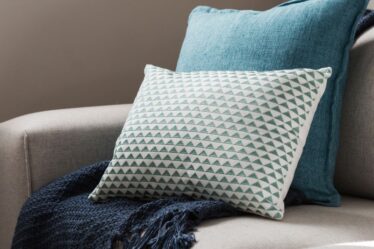