Olivia Wilde has had a wild couple of months but she doesn’t seem too worried about it. The Don’t Worry Darling director has spent the past week appearing on talk shows, addressing and dodging questions related to the making and release of the film—and of course, her relationship with superstar Harry Styles. She’s been playing it cool and quite honestly, looking even cooler—the plunging neckline on Olivia Wilde’s dress from last night was arguably more dramatic than the rumors in the press.

In case you missed it, the cast of Don’t Worry Darling made a very uncomfortable appearance at the Venice Film Festival earlier this month which only fueled rumors regarding a potential feud between Olivia Wilde and the movie’s star, Florence Pugh. Many of the cast members dodged each other on the red carpet which led to new rumors that Olivia Wilde and Harry Styles had broken up. As if that wasn’t enough to discuss, video footage captured an awkward interaction between Harry Styles and Chris Pine that made it look like Styles spit on Pine (all parties deny this happening). Needless to say, Olivia Wilde had a lot of information to clarify.

She appeared at the taping of The Late Show With Stephen Colbert in a simple outfit—a classic white t-shirt and wide-leg trousers. She kept the minimalist ensemble on for the show’s taping and saved the dress for her grand exit.

After her appearance, Olivia Wilde stepped out in New York City in a stunning white dress. The long dress featured multiple cutouts, a navel-deep neckline, and an open back. It was sleek, flirty and the perfect summer-to-fall transition piece. Olivia Wilde paired the dress with contrasting heavy black boots with a chunky heel to lean into the changing season. She wore her hair down in loose waves and kept her accessories very minimal with just a pair of black sunglasses to wear out into the night (see, I told you she’s keeping it cool).

It turns out, Olivia Wilde was planning on adding another accessory to her white dress all along. She wore the sexy ensemble to double confirm that things between her and Harry Styles are still going strong. Olivia Wilde showed her support for Harry Styles at his concert at Madison Square Garden. The show was the fifteenth and final performance of his soldout Madison Square Garden residency—a huge accomplishment for a performer. Olivia Wilde was seen dancing along to Music At A Sushi Restaurant in her white dress and a matching white feather boa—a signature accessory in the Harry Styles fandom.

With the highly anticipated release of Don’t Worry Darling hitting theaters this weekend and all eyes on the cast, we are sure to see more fashion statement moments from Olivia Wilde. Based on Wilde’s previous line-up of looks, we aren’t too worried about it. 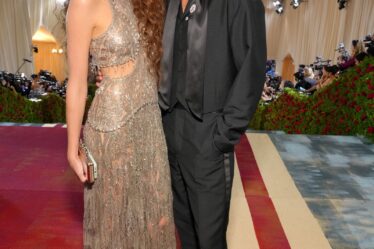 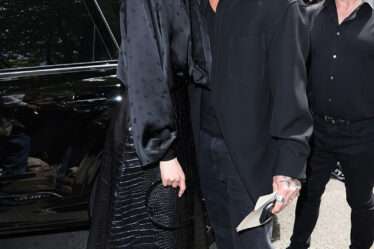