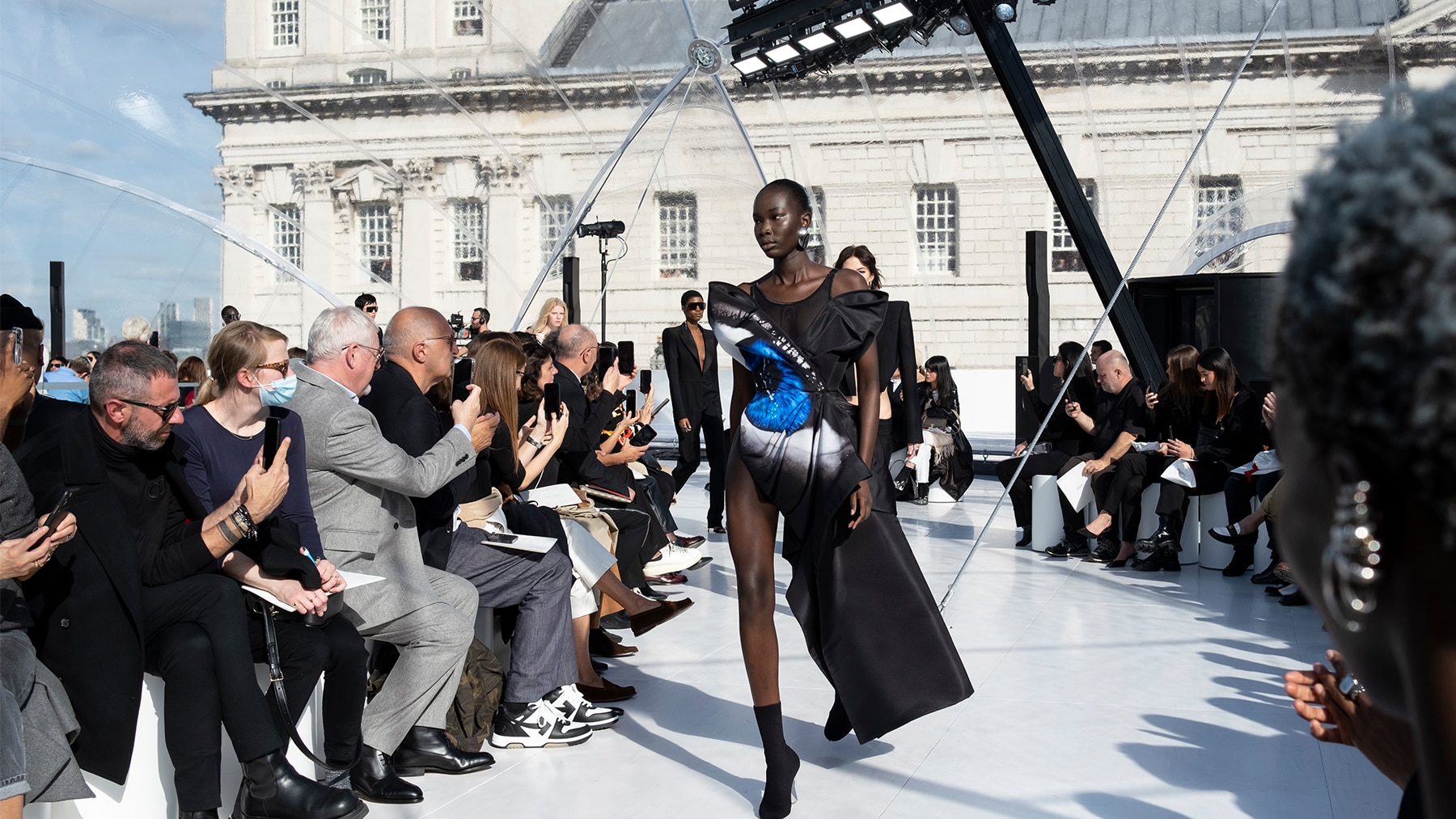 LONDON — “Are you ready for London Fashion Week Round 2!” joked an editor in my WhatsApp group. Alexander McQueen, Roksanda, Raf Simons, Prada, Celine, Moncler, Off-White, Marc Jacobs … and that’s just a partial list of the fashion brands staging events in London this week.

After a long “fashion month” slog, one could be forgiven for feeling weary about the latest round of fashion events, many rescheduled to coincide with the buzzy Frieze Art Fair after the death of the Queen disrupted London Fashion Week.

But the rejigged timing may prove a boon for some. There are fresh eyes in town, many of them wealthy art collectors (and fashion clients) undeterred by high inflation and poised to take advantage of a weak pound.

Designer Roksanda Ilinčić was initially worried about having to move her show to mid-October but rescheduling to coincide with Frieze meant she was better able to target her clientele of artists, gallerists and collectors, drawn to the way Ilinčić sculpts and paints with fabric. “My clients come from the art world and that is my natural habitat and often they’re not in town, so it was incredible to have them here and bring the fashion and art worlds together,” she said.

Still, the journey of creating her collection was a difficult one as she ruminated on the subject of death after the passing of her father earlier this year. “It’s about taking things as they come — the good and the bad and the show had currents of that unpleasantness and tension,” she said.

But ultimately it was lightness that prevailed within the tar black walls of Theaster Gates’ Black Chapel in the Serpentine Pavilion where the designer staged her show. Emerging from Ilinčić’s grief were bouncing aerated dresses in shades of lime, orange and fuschia and silk scarf collage ensembles, awashed with prints inspired by the vibrant works of Swiss artist Pipilotti Rist. The sound of taffeta and choir worked in tandem to highlight Ilinčić’s particular penchant for playful volume. As blue sky light beamed through the openings in Gates’ installation, even the black swirl of the rose shaped taffeta gown that closed the show felt joyful.

Alexander McQueen designer Sarah Burton was always planning to show her latest collection during Frieze, just as she did a year ago. This allows the brand to cater to top-spending clients, many of whom are Frieze-attending art-lovers and were out in force today, arriving in fleets of cars at the imperial-looking grounds of the Old Royal Naval College where the show took place inside a giant plastic bubble across the river from London’s Canary Wharf financial hub — high inflation be damned!

Burton’s collection dealt with how people could see eye to eye with a sense of humanity in these difficult times — with a whiff of George Orwell’s “1984.” “It’s about seeing things again clearly. Seeing each other, recognising each other and caring for each other.” The show opened with an all-seeing eye, which gave way to a body dissected. The biggest takeaway was perhaps the return of Lee McQueen’s bumsters, shown in the 1994 “Nihilism” collection. The difference for Burton was the elimination of the male gaze. “It’s about empowering the female body — revealing the body without being overt,” she said. The collection took a decidedly sensual turn for Burton, with slashed bandage gowns, moulded bustiers and tailoring that looked sharper than ever.

The embroidered catsuits with hip holes felt like shakier ground for Burton but the show as a whole successfully keyed into the “body positive” zeitgeist, as revealing and concealing flesh on our own terms becomes the norm. Even her final tiered gown, rendered in white, was slashed strategically to reveal flashes of thighs and hips.

Burton also referred back to Lee McQueen’s fixation with Hieronymus Bosch, whose paintings were the basis of his final collection for Autumn/Winter 2010. Bosch’s motifs of cavorting bodies and strange creatures in the Garden of Earthly Delights were abstracted and magnified as embroideries. “It feels like we’re in another Dark Ages and that’s something McQueen always contemplates — life, death and destruction. Earth is so beautiful but also has so much darkness.”

Elsewhere, 2019 LVMH Prize winner Thebe Magugu chose the Victoria & Albert Museum’s democratic Fashion in Motion series to showcase highlights from his new collection “Discard Theory” last Friday in his first runway moment outside his hometown Johannesburg. Against a backdrop of a giant checked laundry bag, Magugu unpicked the threads of Johannesburg’s Dunuzu, a dumping ground for secondhand clothes, mainly imported from Europe, to find beauty in this complicated textiles chain.

“Clothes are on the floor or in bins. It has a devastating environmental impact but I also thought about the stylistic effect of someone wearing a shweshwe wrap skirt with a Man U football top, which speaks to an African identity,” he said. “Those bins are like a nexus between local and global.” And a world away from Frieze. 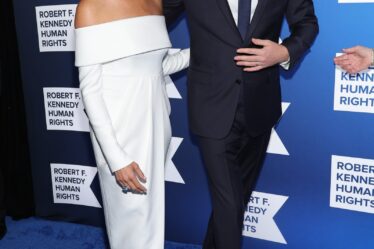 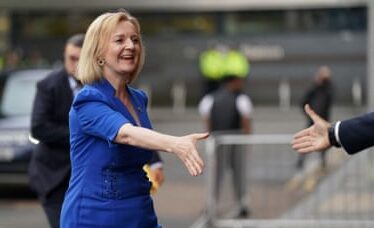 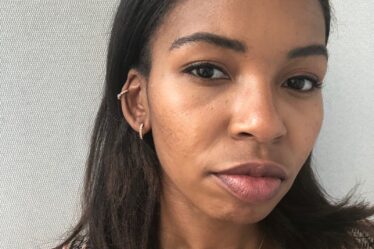