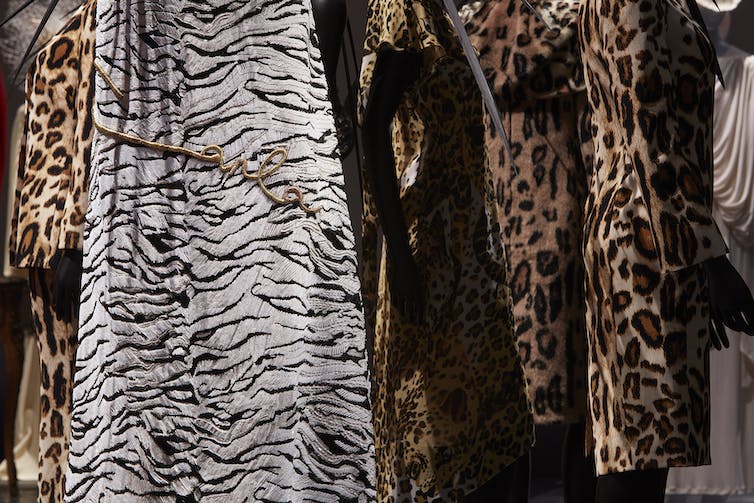 The late Carla Zampatti is celebrated in a splendid retrospective Zampatti Powerhouse at the Powerhouse Museum. Planned well before the fashion designer’s untimely death last year, the unveiling of her legacy will be bittersweet to her many fans.

Zampatti is often referred to as “Carla” by friends and those who worked for her, rather than her brand name, Carla Zampatti. Here, the simple name “Zampatti” removes the emphasis from Zampatti as designer to a simpler assertion: businesswoman, mother, philanthropist-entrepreneur.

It is a move as deft and elegant as the rest of the exhibition choices.

In one of the best-looking fashion exhibition designs Australia has seen, creative director Tony Assness serves up a dynamic vision of clothes punctuated by a vibrant red (one of Zampatti’s favourite design choices) that encourages excitement and discovery. Clothes are arranged by themes – jumpsuit, jungle, graphic, blouson, power – rather than date.

Curator Roger Leong leverages his years of experience to do a relatively new thing for Australian museums: tell the stories of clothes through the stories of women who wore them.

Zampatti’s story is an Australian migrant story. Born Maria Zampatti in Italy in 1938 (not 1942, as is often believed), she did not meet her father, who had migrated to Fremantle, until she was 11.

In Australia, she was forced to change her name to Mary. It was claimed the other kids could not pronounce Maria. She did not finish school. When she moved to Sydney in her late 20s, she reinvented herself as Carla.

The fashion business started on a kitchen table in 1965 under the label ZamPAtti. By 1970, Carla had bought out her business partner husband, and was sole owner of Carla Zampatti Pty Ltd.

Zampatti flourished in fashion. She had a finger on the pulse, was in the right place at the right time, and knew a more glamorous role was possible for a fashion designer than the industry “rag trader”.

In the 1970s, the markets suggested that the ultra-expensive haute couture was about to disappear, to be replaced by informal ranges created by a new type of designer often called a “stylist”. It was the decade of flower power, retro dressing and ethnic borrowings.

Until the 1960s, fashion had been dominated by the rise of haute couture and the “dictator-designer” system – mainly men who determined hem lengths and silhouettes for women. But in 1973, the French body governing high fashion added a new layer of designers, créateurs (literally “creators” or designers), who produced only ready-to-wear.

She aimed to provide women clothes they wanted to wear. She draped the cloth and colours on herself. Like many women designers historically, she was alert to how her clothes made women customers look and feel. Zampatti remained the fit model for the whole range and would not produce anything in which she did not look and feel well.

Zampatti saw her “clothes as a tracker of feminism”.

The 1980s cemented Zampatti’s rise to prominence. She became a household name, even designing a car for women. In this time, personal expression became more important than unified looks dictated by designers. Zampatti’s Australian designing coincided with a new development in Italy: the stylisti. Small, focused family businesses alert to the zeitgeist and understanding quality flourished. It was an approach that emphasised quality and glamour.

Zampatti identified talent. She employed well-known couturier Beril Jents on the shop floor after she had fallen on hard times. She then employed Jents to improve the cut of her designs.

Zampatti continued to embrace the services of stylists and other designers including Romance was Born, whom she recognised could take her work to the next level.

The stories of clothes

Worn equally by politicians and their circles on the right and the left, Zampatti injected more than power dressing into women’s wardrobes. She inspired a sense that women wore the clothes, not the clothes them.

In this exhibition we are given many examples, from Linda Burney’s red pantsuit worn for her parliamentary portrait to a gown worn by Jennifer Morrison to the White House.

The exhibition viewer can turn from serried ranks of brilliantly styled mannequins and enter large “listening pods”, screening brilliantly edited videos in the manner of artist Bill Viola. The women, who include Dame Quentin Bryce and Ita Buttrose, discuss the creative mind of Zampatti or reflect on their own Zampatti wardrobe. They are amongst the best such “talking heads” I have seen in a museum.

Like many designers, Zampatti was not that interested in her own past. She did not keep substantial archives and records, which is a testament to the skills demonstrated by the museum in bringing us this show.

Zampatti never turned her back on her personal story, but she was a futurist, one who looked forward rather than backward. 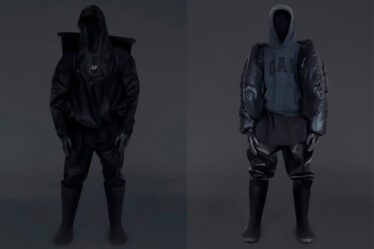