A moment that changed me: born and raised in Kenya, I yearned for Croydon | Family 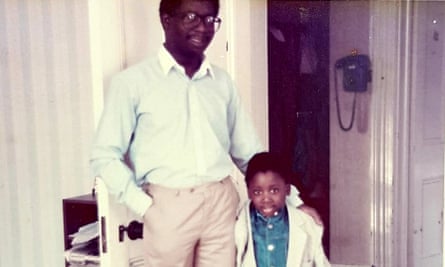 In most of the children’s books I browsed through as a last-born child, there was an address in southern England handwritten in the inside cover. I vaguely knew my parents and two siblings lived there at some point, and I grew up surrounded by minor monuments to that life in England: Dad’s records, the faux-Victorian framed mirror above the fireplace, and – Mum’s holy grail – a bedside Teasmade with an integrated lamp and clock. And I was fascinated by the pictures of my two older siblings hosting a birthday party, making a snowman, and posing in front of Buckingham Palace in our family albums. They seemed so removed from my reality of growing up in a small town in Kenya’s Rift Valley. I promised myself that I would one day visit Coulsdon, in the London borough of Croydon, then outgrew my fascination.

In 1981, my father had left Kenya to study psychiatry in the UK, and, one year later, my mother, brother and sister had joined him. As a resident doctor on rotation, he worked in many hospitals, including Cane Hill in Coulsdon, while my mother made a busy life for herself, often rushing from typist training to pick up my siblings from school in her beloved sky-blue Mini Cooper.

But Dad was eager to go back to Kenya when he finished his studies, and when he was admitted to the Royal College of Psychiatrists in early 1986, they left and settled in Nairobi. He took a job at the University of Nairobi and I was born there in 1989. But then from 1991 he headed to the Department of Mental Health at Moi University in Eldoret, where I grew up. On my dad’s final trip to the UK in 1997, he sent me a postcard, and bought me a red toy bus. I still have the postcard, but must have lost the bus when we moved house in 1999, a year after he died.

From that moment on, my relationship with the UK was fraught, because it reminded me of a profound loss when I was only nine years old. I settled in Germany in my late teens, which further alienated me from the shared diaspora experience of the rest of my family. After a conference in October 2021, however, I stayed on in the UK for a few days, determined to travel to Coulsdon and see what I would find there.

Victoria was the common reference on that special Thursday afternoon. In western Kenya, the lake named after the queen who married her first cousin dominates the landscape of my ancestors: it is “true north” for my people, the Luo. It acts as a general, quasi-spiritual point of orientation. It is the indelible home. And, in London, it was at the station named after that same monarch that I boarded the southern-bound train to my past. Time travel can be surprisingly banal: the 35-minute ride took me back 35 years.

When I arrived, I relished how familiar it all felt. Coulsdon was always marinated in nostalgia in Mum’s accounts; to my naive ear, it sounded like paradise (lost). Everything worked there, and the mail was delivered to your door! Mum still keeps her mail order catalogues from 1986 to prove it. I knew the address by heart, and, since dusk was imminent, I rushed towards it. I wanted to get a picture before darkness fell. The final rays of the sun blazed through long thin clouds when I finally spotted number 31.

I approached with the fitful confidence of a Black man facing his destiny in an unfamiliar residential neighbourhood at the onset of darkness. With each step, the coordinates thankfully fell into place. Barring some paint peeling off, and the dark velvety moss that covered the pavement and gathered between the red bricks of the facade, number 31 had aged with a charming, jagged grace. I stood in front of the door where my brother was pictured in 1985, posing on the blue BMX I later inherited. My breathing rapidly accelerated as my brain desperately re-enacted scenes that my body remembered from the family album. I was quite possibly on the brink of hallucination.

I was born three years after my family left this house and this country, yet it felt like home. I unsuccessfully muffled snorts and sobs with tissues and tried to unhear the wistful soundtrack playing in my head on the downhill walk back to the station. When I eventually blew my nose, the brisk evening air rushed into my previously clogged nostrils, and with it a fundamentally reaffirmed sense of familial belonging. On Brighton Road, I passed the Waitrose my mother loved to shop at, and the library, where my siblings spent their Saturdays back in the 1980s.

With my formerly frail claim to the family’s fabled anecdotes now substantiated, I mentally formulated a message that I would post to the family WhatsApp group later that evening. The last-born had been to Coulsdon, and was now an equal. 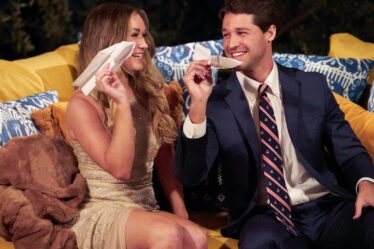 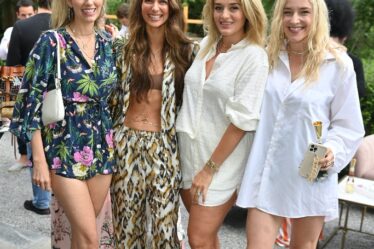